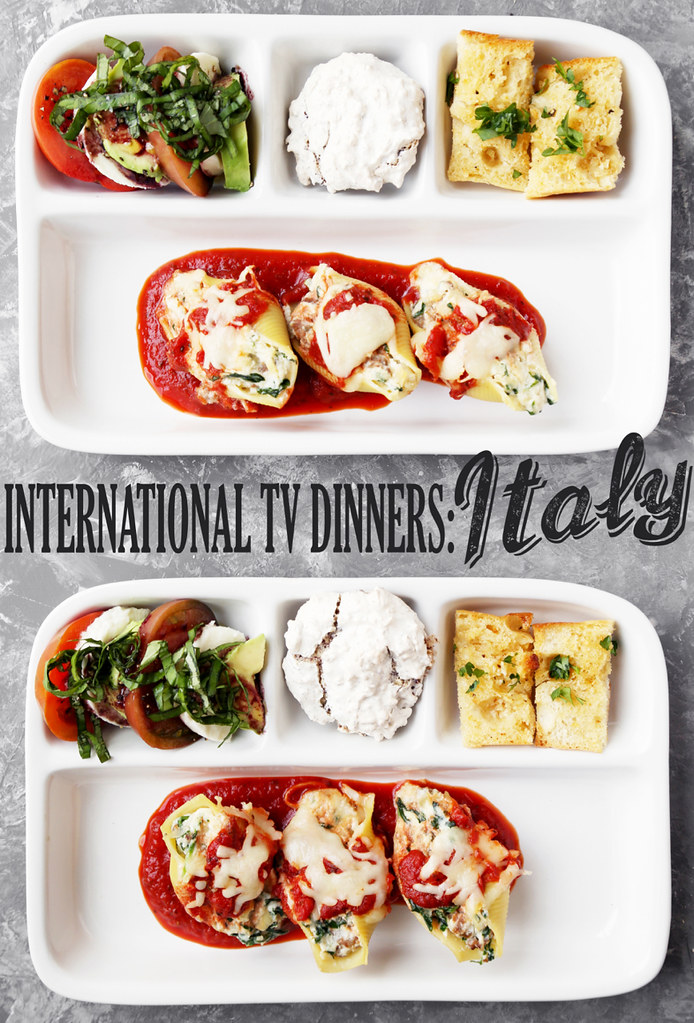 I grew up eating TV Dinners a lot. I’m not even ashamed to admit that because I actually really liked them as a kid. The best part was the dessert in the center, of course. What kid doesn’t like the idea of a tasty dessert after dinner, right there just waiting for you. Waiting to be eaten. I always tried to eat the dessert right away but I was never allowed to. Adults. AKA fun ruiners. My favorite TV dinner was the Kid Cuisine one with chicken nuggets, corn, mac and cheese, and chocolate pudding (with the sprinkles). Sprinkles were a must. Those dinners were the greatest thing on earth, I don’t care what anyone says otherwise. On a side note, I also really liked the TV dinners with mashed potatoes and corn, because I LOVED to mix the corn and mashed potatoes together. To this day, I still do that…mix corn with mashed potatoes whenever I make them in the same meal. If you haven’t tried it before, you’re missing out.

Now that I’m an adult, TV dinners just aren’t as acceptable or cool for that matter, so rather than continue suffering in misery and missing out on all the cool things kids get to do, I thought I’d take things into my own hands. This year, I’ve decided to start a new segment on the blog that I like to call International TV Dinners! A full meal, complete with a main dish, two sides, and a small dessert for you to enjoy in one sitting. If you happen to do it sitting on the couch watching TV, so be it. I couldn’t just stop at a regular TV dinner though. I like themes a lot, mainly because I’m a person who likes structure and direction. I thought it would be great to make each TV dinner post in this segment, internationally themed.

The first one up is Italy. No particular reason, only that this is the first one that popped into my head. So here we are in the first installment of this new segment. New year, new us. I worked really hard on this post, and I’m very excited about it, but don’t let that cloud your judgement. I mean, if you don’t like it I’ll just cry myself to sleep every night for the rest of the year. But really, not a big deal. I hope you like it though. I just think there’s something so fun about the concept of a TV dinner. We all know them as yucky frozen meal, but they don’t have to be unappetizing. They can be gourmet, just like I hope to show you with this new segment. So let’s explore the world together, one TV dinner at a time.