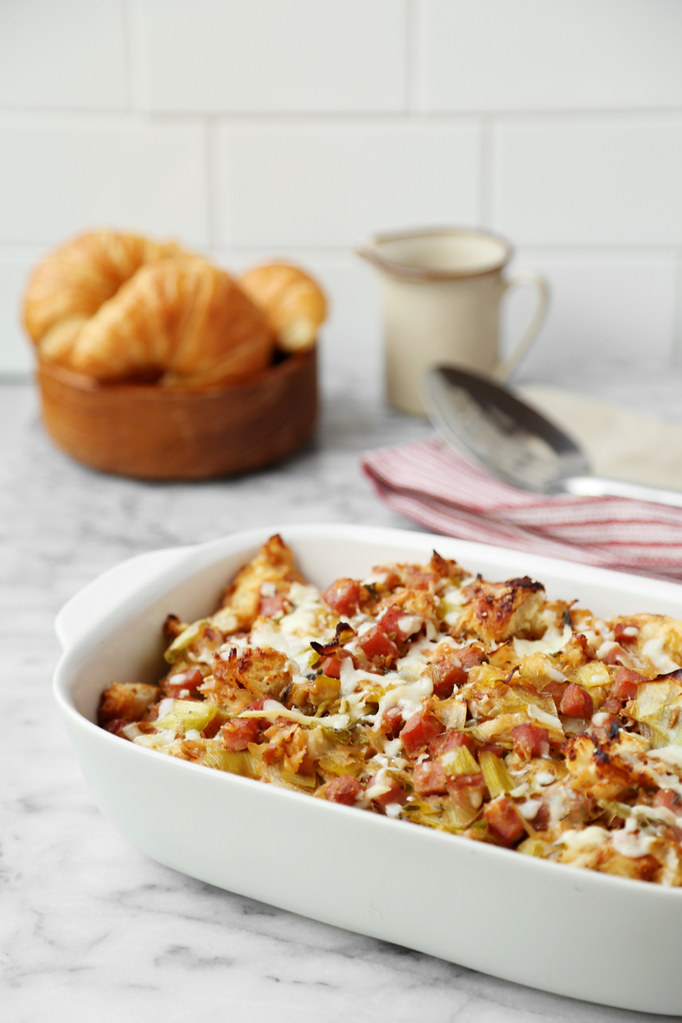 It’s never too early to start talking about and planning for the big day. The big day being Thanksgiving, of course. It’s the most important day of the year, especially when it comes to eating all of the food known to man. It’s the one day out of the year I look forward to the most. Aside from Halloween and Christmas and Fourth of July. Okay, so maybe I look forward to more than just one day, but Thanksgiving is the most important. Mainly because I’m all about eating loads of food in one sitting without any regret or second guessing. Give me the turkey and all the sides because I will eat them all. The one piece of advice I can give to you is to have fun and DON’T BE STRESSED! Easier said than done, I know, but if you plan it all out and get a game plan in place, you’ll be good to go. The first order of business is the stuffing. What stuffing will you be making?! Trick question, because you’ll be making this stuffing.

I’ve teamed up with Jones Dairy Farm to bring you a new and exciting stuffing recipe that’s sure to take the spotlight from that turkey (don’t say I didn’t warn you). This stuff is made with day old croissants and is loaded with Jones hickory ham, leeks, dijon mustard and gruyere cheese. It’s so fancy and posh. Which I think basically means the same thing as fancy, but that’s okay because I feel like being both fancy and posh this Thanksgiving. Sue me. This stuffing is what you make—a.k.a. pull out of your sleeve like a magician—when you have important guests coming over and you need to impress them. So dust off that good china, iron that sophisticated table cloth and pop open that wine because the holiday season has officially begun and we all deserve to celebrate. Go ahead and knock your guests’ socks off. You’re about to be a stuffing champion. I’m so proud of you. 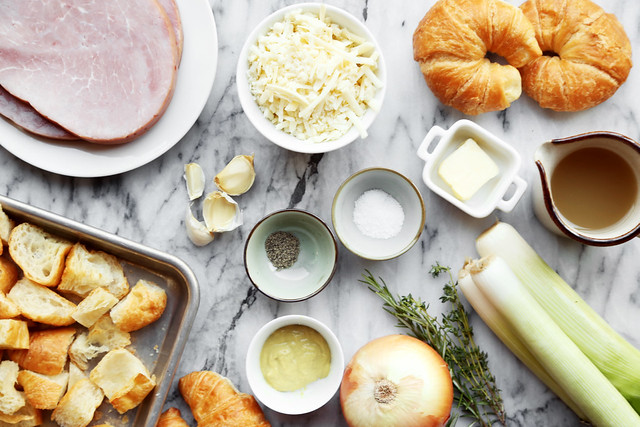