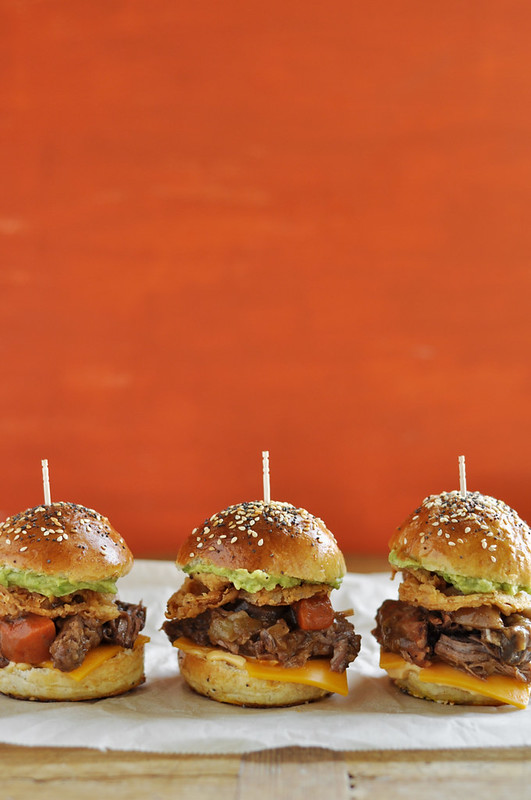 I’m currently in a slider coma. But don’t worry about me. It’s not the kind of coma I don’t want to be in. This is the best kind of coma possible; a food coma. And I’m not talking about the kind you get after eating two Thanksgiving Day dinners, one right after the other, either. This is more of a give me ten sliders and then right after I’m done devouring them, without a care in the world, give me ten more and I’ll eat those as well, kind of coma. Now that I think about it, that’s pretty much the same type you fall into on Thanksgiving. What can I say, my only goal in life is to eat as much as possible. So far, I think I’m doing a pretty good job of it.

The thing about sliders, though, is that they’re mini hamburgers. Do you guys understand that? MINI. HAMBURGERS. Hamburgers that are mini. Itty bitty burgers. Tiny buns with tiny meat. (Okay I’m done, I promise). You’re required to eat more than two. It’s a rule. I think that’s what makes them so appealing. Perfectly bite-sized burgers are the way to go. And I know what you might be thinking, “But Jonathan, sliders are more than just one bite. You’re crazy!” I don’t know about you, but all I can tell you is that if you’re not shoving sliders into your mouth, whole, then you’re doing it all wrong. You need to reevaluate your eating habits. The word “sliders” is Greek for “eat it in one bite.” Okay, maybe it isn’t, but we all know it should be. By the way, I totally can’t even eat a slider in a single bite. It’s more like two. (Maybe one and a half, on a good day).

These sliders were a visionary collaboration with my significant other. The apple of my eye. The ol’ ball and chain. I was thinking about making a sliders post, so we both sort of began throwing out over-the-top ideas just to be funny, because that’s what we do. Then it became a competition about who could come up with the craziest slider idea. Naturally I won. I lie. He won, but don’t tell him I said that. So the crazier our ideas got the more and more they began to make sense. That’s usually how it works. We were super excited, pacing around the dining room as we continued to brainstorm. All his ideas were comfort foods meet sliders and I was totally into it. I wasn’t quite convinced with mac and cheese sliders, though. I don’t know if the world is ready for it, just yet, but we did think it’s about time pot roast sliders made a bigger appearance. So kaboom pot roast sliders with sriracha aioli because “sriracha is really big right now” he yells at me, “and crispy onion rings with homemade brioche buns,” I scream! As it turns out brioche is kind of complicated and I was too lazy to go through with it, so I had to toss everything and start from scratch. But it’s all good because everything slider buns were even better. And that’s how pot roast sliders were born. (Some events might have been dramatized for the sake of this story). 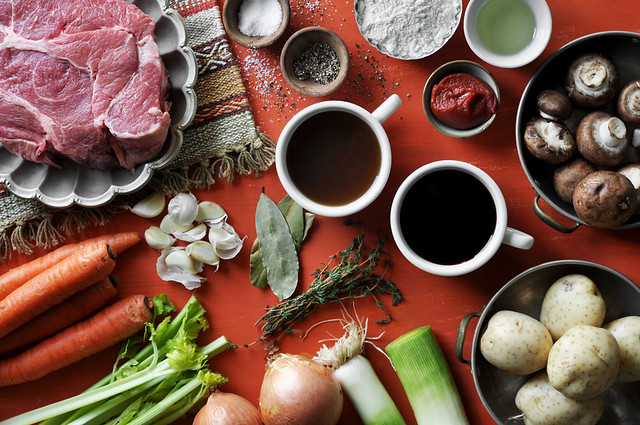