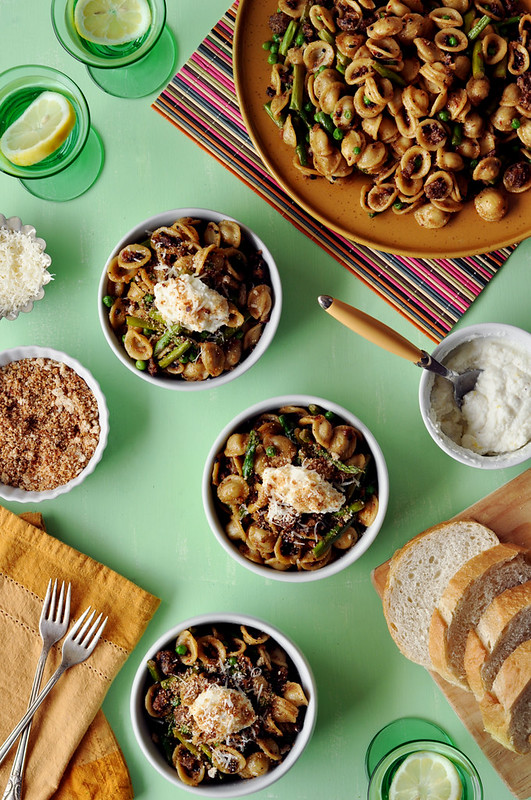 A little over a month ago it was Valentine’s Day, and on this specific day I had dinner with the love of my life. We ordered a pasta dish—along with a lot of other dishes to share because I was super mega hungry that day. I can’t really remember those dishes right now. I guess they’re unimportant since they didn’t stay in my head. This pasta, however, was the best dish I’ve had in a restaurant in a really long time. Probably in forever, but don’t quote me on that because I don’t want to make that kind of commitment to one dish so early on in my life. The pasta in question was something out of this world. Perhaps it was all just a dream. I’m convinced it was voodoo magic brought to me on a white plate, and that if I return to that restaurant now it wouldn’t be the same. That’s how it always is. I’m okay with that though, because I decided to recreate it at home. I decided to challenge myself, to see if I could actually make it without having much to go on except for the memory of a delicious night. As it turns out, I must have some of that voodoo magic myself, because not only was my pasta better than the one from the restaurant, it also happens to be ridiculously easy to make. Not to mention the fact that for the same price of the restaurant dish, you get an entire potful instead of just one small plate’s worth. It’s a win win situation. The ol’ ball and chain even said it was the best thing I’ve ever made. I don’t know if I should be flattered or offended. I’ll go with flattered.

It’s made with orecchiette noodles, in case you didn’t already guess that part, hence the name. Orecchiette actually comes from two Italian words that mean “ear” and “small,” which gives you the word for “small ears” because the pasta looks like little ears. Aaah. There’s a little trivia for you to throw out at your next cocktail party. You can thank me later. Both versions of the dish, the fancy restaurant and my own, have crispy ground sausage and are loaded with peas. Lots of peas. (Have I told you that I’m a sucker for peas?) The one at the restaurant had broccoli rabe and I’m a total fan of broccoli rabe but when I first tried to recreate it, I couldn’t find any at the grocery store. I almost cried right there in the produce section by the bagged salad mixes. It was a sad sight to see. There was, however, an abundance of asparagus staring at me because it happens to be spring here, and I’m all for seasonal fresh produce. So I stopped crying and decided to give it a go with asparagus and as it turns out, I preferred it much better. Life is funny sometimes the way it points you in the right direction without you really knowing what in the world is going on. Now, I’m only making it with asparagus and I’m topping it off with a heaping amount of lemon infused ricotta cheese because, um hello RICOTTA CHEESE, people!

Have you ever fallen in love with a dish you’ve tried at a restaurant or in someone else’s house? So much so that you go home and try to recreate it for yourself, determined to make it just as good, if not better? If you have, share some of your experiences down in the comments section below, I’d love to hear about them. Mostly because I want to know I’m not the only crazy one out there, but also because I’m curious to hear what dishes make you happy. In the meantime, let’s make this pasta dish and become addicted together because that’s what friends do. They become addicted to food with you. 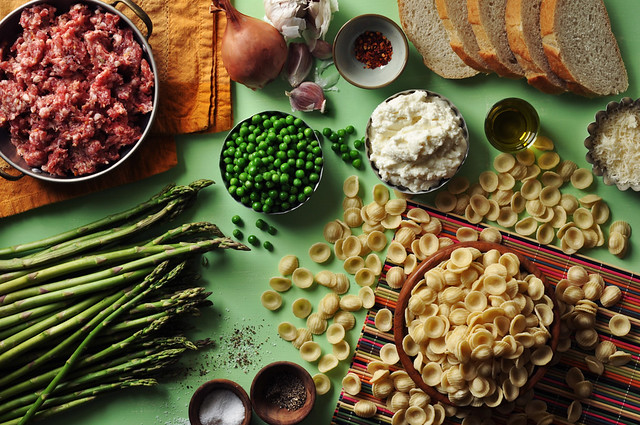