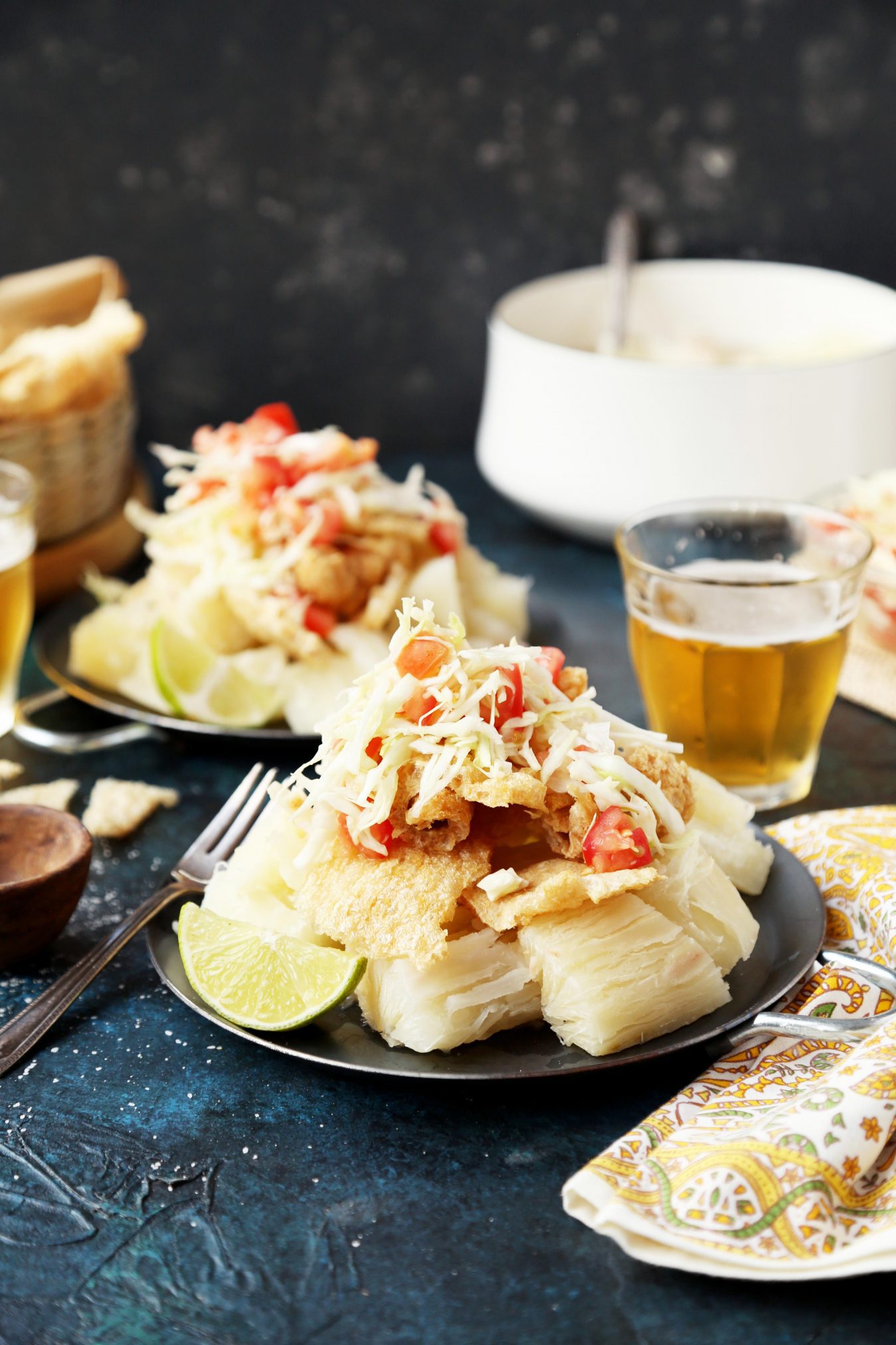 I’ve decided to start sharing a few Nicaraguan recipes on the blog over the next couple of weeks. They’ll be dishes I’ve grown up eating, and you’ll probably never have heard of them, but I think it’s important to share them with you because they’re a piece of me, and because Nicaraguan food is delicious. I might be slightly biased, but hopefully you’ll think so too. I’m a third generation American and so it’ll be a great way for both of us to get to know this great culture of mine. It will be a learning process for you and I, and I’m excited to share it with you. The first recipe is this Nicaraguan Vigoron, there really isn’t an english translation for it, but basically it’s boiled yuca (cassava) with crispy pork skin and a refreshing cabbage salad. In Nicaragua it’s served as an appetizer or as an all in one main dish. You’ll find street vendors all over the country selling this dish which is traditionally served on top of a banana leaf. It’s a great dish to start with because Nicaraguans eat a lot of yuca on a daily basis.

This is one of my mom’s favorite dishes, and I have to admit that I really didn’t care for it when I was younger. That’s because up until recently I didn’t like yuca. When I was a kid I found it to have a weird texture, but as an adult, I have a new found appreciation for it. I’m obsessed with it now, more so because Julian is obsessed with it, so I cook it more often. It’s also great fried, which is how I’m sure you’re familiar with it. A lot of Cuban restaurants serve fried yuca and so maybe you’ve had it there? If you’ve never eaten it before and are like, what in the world is that? Then now is the moment to branch out and try something new! 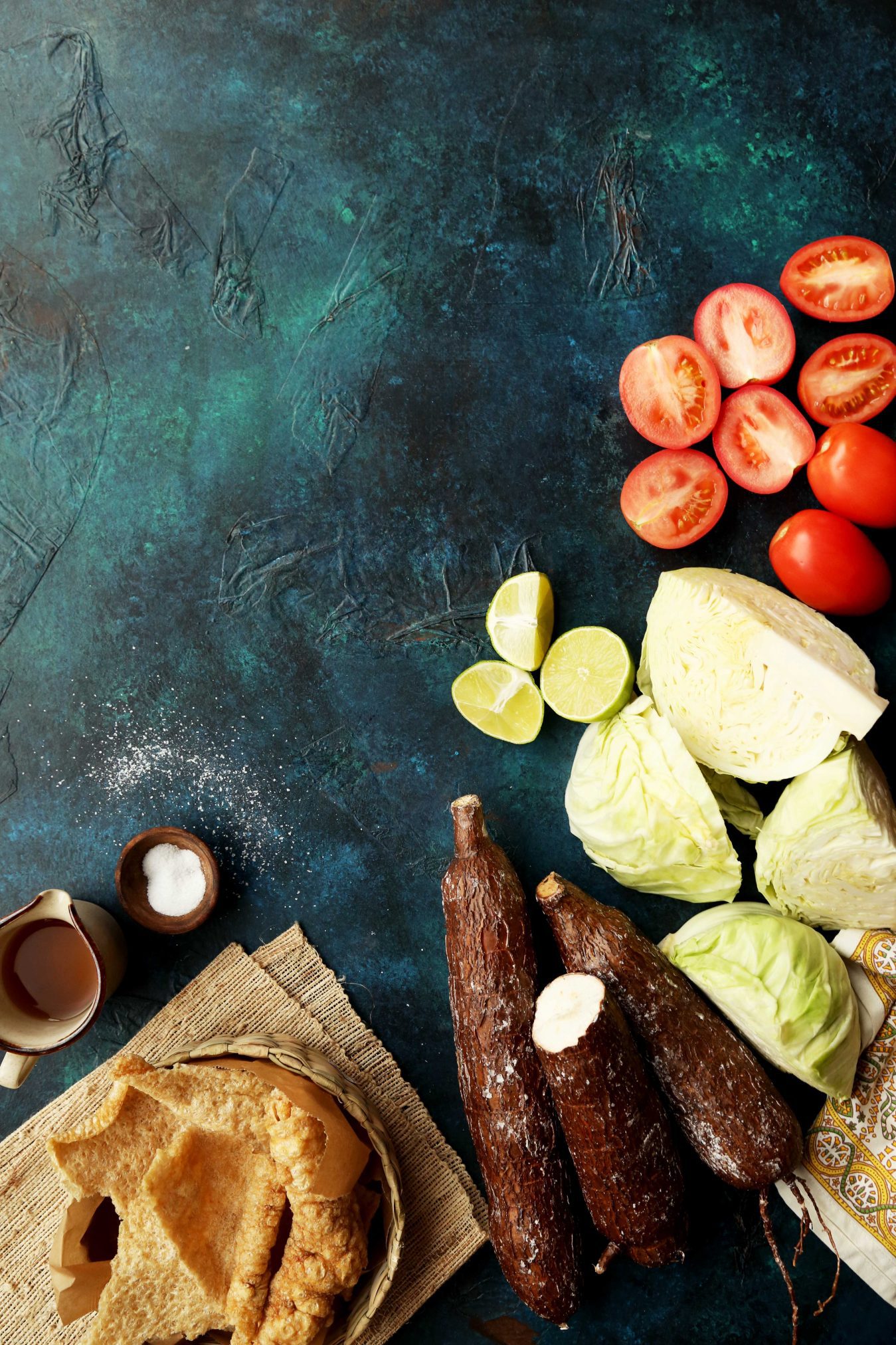