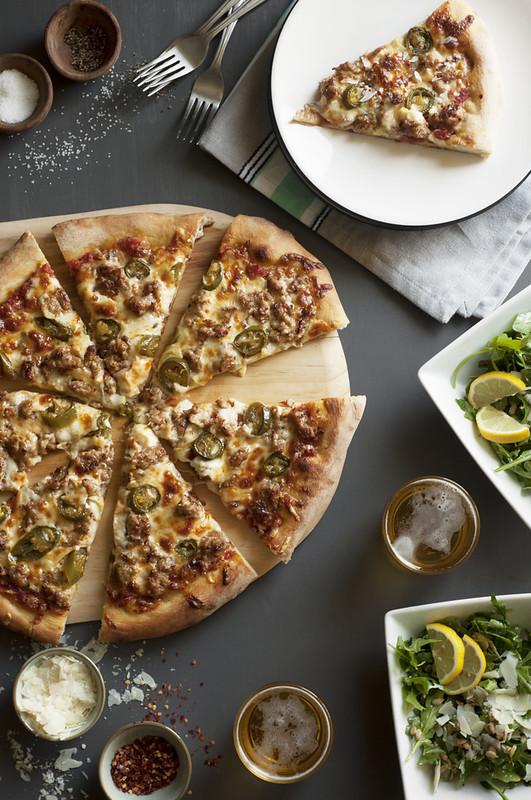 I was recently in San Francisco for a few days, with my better half and I have to admit that I’m still on vacation mode. It’s so hard for me to return from any sort of trip, whether it’s a week long or just a day, and get back into the right mindset to work. Does that happen to you guys as well? Please tell me it does, that way I don’t feel totally guilty for feeling this way. This laziness to be an adult is hard to shake off, especially after a great getaway. 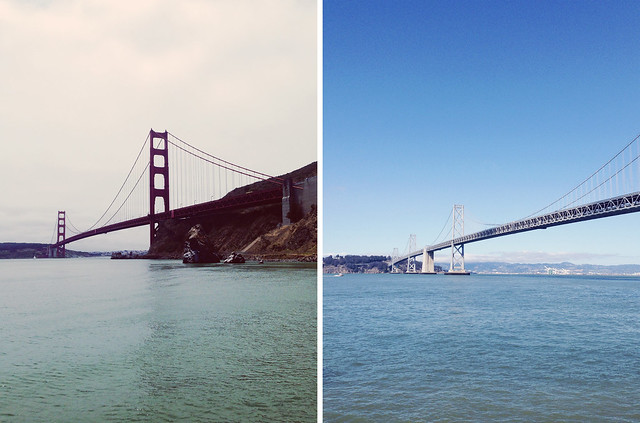 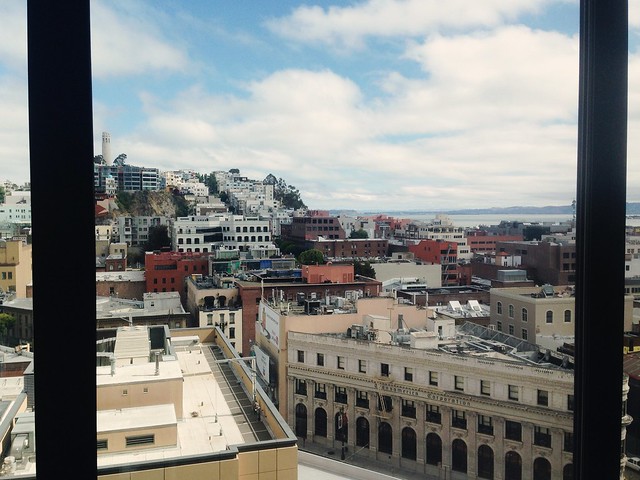 San Francisco is one of those places where I can actually see myself living in (if it wasn’t so darn expensive). The best thing it has going for itself—aside from the calmness and laid back people—is the amazing weather. Can we talk about how it always seems to be just the right amount of sun and warmth mixed in with the perfect amount of fog and coolness? Los Angeles has too much sun for my taste. I can say that, I was born and raised here. Too much sun and too much heat, at times. Do we even have any cool bridges here? Incidentally, one day we overheard a tourist confuse the Bay Bridge for the Golden Gate Bridge, telling anyone who would listen, to snap a picture in front of the famous Golden Gate Bridge, but that’s okay because SF does have a lot of bridges. I don’t blame you, tourist. I do blame our hotel room view for making me want to do nothing but stay in bed all day long and just peer out into the beautiful city, adding to my laziness. 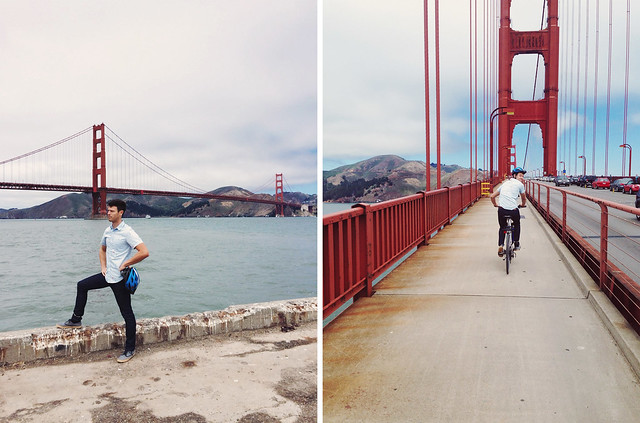 I wasn’t really allowed to lay around on the trip though, because we had a lot scheduled in such a little amount of time. We took a twenty plus mile bike ride—through the Golden Gate Bridge (the real one) and up north to some Old Mill town—that was insanely beautiful but at the same time, it was insanely tiring. We got way too much sun (one of us more than the other) and saw some killer red woods which sort of made it all worth it. The beers at the end of the bike ride though, that’s what got me through the end. I did almost get blown away by some gusty winds on the bridge, but that’s a story for another time. 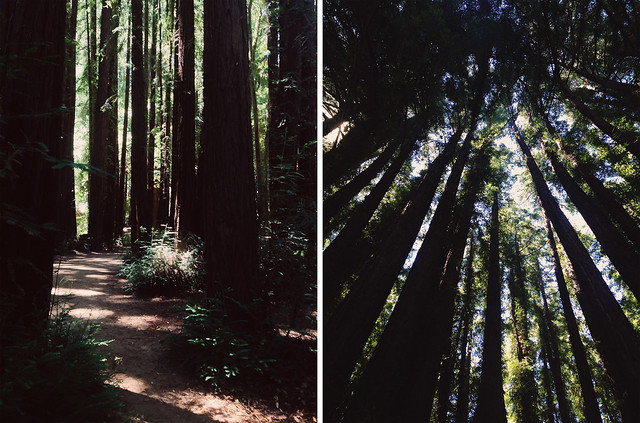 The most important part of the trip was the food, of course. We pretty much ate our way through the city and I don’t regret a thing. There are an unbelievable amount of restaurants throughout SF, it’s kind of insane. Everywhere you turn there’s something delicious calling out your name. We devoured an entire tray of fresh oysters at Hog Island Oyster Co. and some mussels and fries and one too many baskets of bread. But who’s counting? Certainly not me. Julian took me to a tiki bar one night, called the Tonga Room which I swear I can live in for the rest of my life. Did I mention there’s indoor rain and tiki huts with little lights involved? Well there is, and it’s awesome. 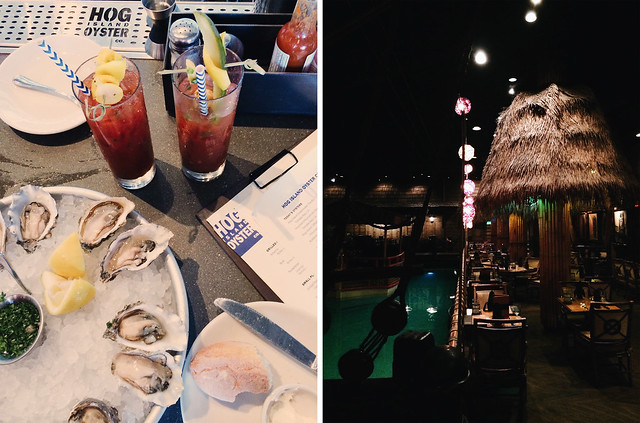 I gulped down so many watermelon beers at 21st Amendment Brewery, that I lost count. (Sorry mom!) It’s my new favorite beer, that’s all you need to know. My favorite fruit mixed into beer? Yes please. A million times yes. 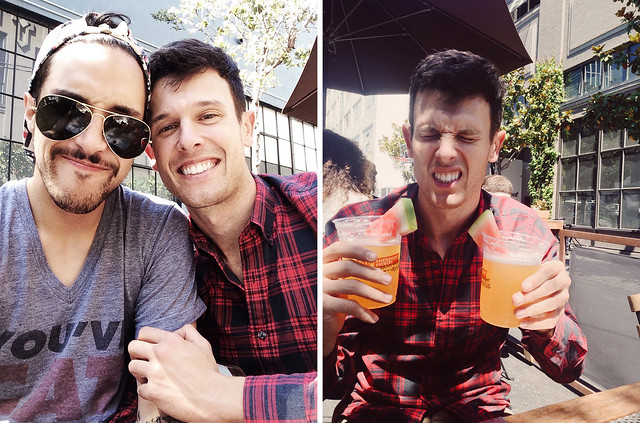 The most memorable meal we had, however, was actually on our first night, at a restaurant in Russian Hill called Gioia Pizzeria. We gorged on a simple arugula salad, a spring pesto pasta dish, and the best pizza I’ve ever had. Said pizza was just the right amount of thin crusty dough, sprinkled with house made sausage and pickled jalapeños. We both sort of looked at each other after that first bite and telepathically communicated to one another just how amazing it was. We came back home rather depressed that we had to leave, but I knew that I needed to recreate that meal anyway I could. So here I am now, going on and on, talking your ears off  about my trip. Reminiscing about the delicious food and fun times. This super long intro was basically to say I fell in love with this pizza and that’s why I made it for you guys. 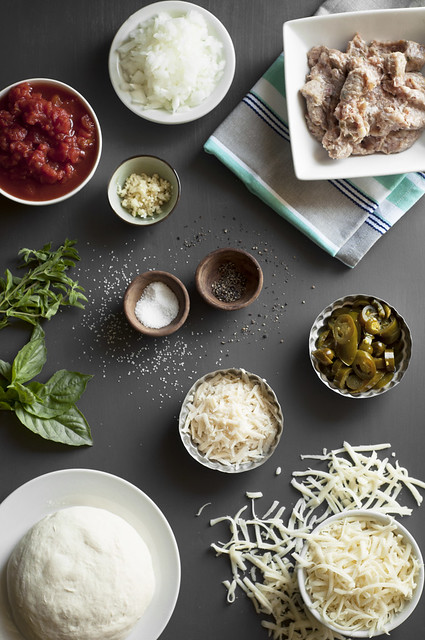