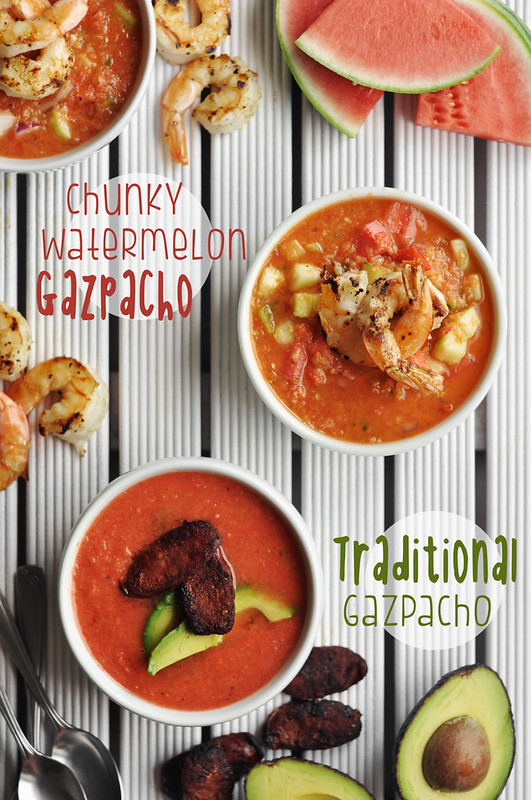 I don’t have the best memory. Okay that’s putting it mildly. If I’m being honest, I have the worst memory ever. Like on the planet. In the history of memory having, I’m at the very bottom. I envy my sister who can seriously remember things from inside the womb. It’s scary how much she can recall from when she was tiny and itty bitty. We’ll be talking about something in particular and then all of a sudden she’ll bust out a memory and include when, where, what she was wearing, what she had said and what she was doing on a specific date. She’ll say something like, “Remember when I was born, I came home from the hospital wearing that yellow bunny onesie and played in my crib?!” Okay I exaggerate. I on the other hand, can’t even remember what I ate yesterday. This is not an exaggeration. I have very little recollections of my childhood. I mean sure I remember a few things here and there and bits and pieces of certain moments when I was young, but for the most part my mind’s a blank. My sisters will gladly tell you that I was oblivious as a kid. Always wandering off and in my own world, never paying attention. I guess this is what happens when you’re the only boy and the youngest in the family. There are certain things however that I do remember. Like the traditional putting up of the christmas tree. Putting the tinsel one strand at a time, we weren’t allowed to throw clumps of shiny tinsel all at once. The fact that my mother would only make soup on the hottest days of the year. How I couldn’t sit still for the life of me and was constantly moving around, jumping, grabbing, or pushing buttons as a kid. The way my mother would hide our halloween candy (in her closet up above the shelf) giving us only one piece a day. Talk about torture. It took about 2o minutes for my sister and I to find it, climb up and sneak a few (okay like 10) pieces of candy a day. Sorry mom. I also recall the constant watching of a certain movie. This movie in particular probably defines my entire existence. Not only because it was released the year I was born but because we’d watch it all the time to this day. It is by far the fondest memory I have. Now that I’m older it’s definitely one of my favorite films.

Women on the Verge of a Nervous Breakdown, a foreign film from Spain by Pedro Almodóvar —hands down his best work of all time. I learned two things from watching this movie so often throughout my entire life. One, that no one is as badass as Pepa Marcos and two, gazpacho can solve all of your problems in more ways than one. This dish will forever be synonymous with that movie for me until the end of time. Whenever I hear someone mention gazpacho or if I see it on a menu somewhere this movie and the spiked gazpacho with 25 or 30 sleeping pills will come to mind. So here we are today making not one, but two gazpacho recipes. There’s a scene towards the end of the film when the police are asking the main character what exactly is inside the gazpacho. I remember wanting to make it (minus the drugs of course) as she listed off the ingredients in it. “Tomate, pepino, pimiento, cebolla, una puntita de ajo, aceite, sal, vinagre, pan duro y agua. El secreto está en mezclarlo bien.” The secret is in mixing it well she claimed, and she’s right. I also remember thinking what in the world is gazpacho. It looked like plain ol’ tomato juice to me. It’s cold soup friends. Wonderfully delicious cold soup. So I’m giving you two gazpacho recipes. My take on this classic Spanish dish. Perfect for the summer weather. The first is a chunky watermelon gazpacho served with grilled shrimp and the second is a traditional smooth gazpacho, just like in the film. 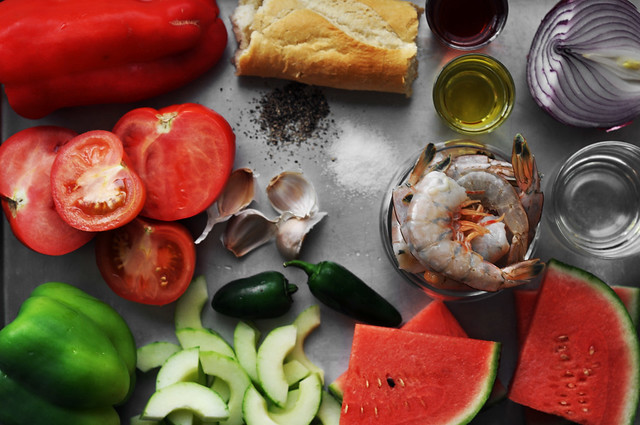