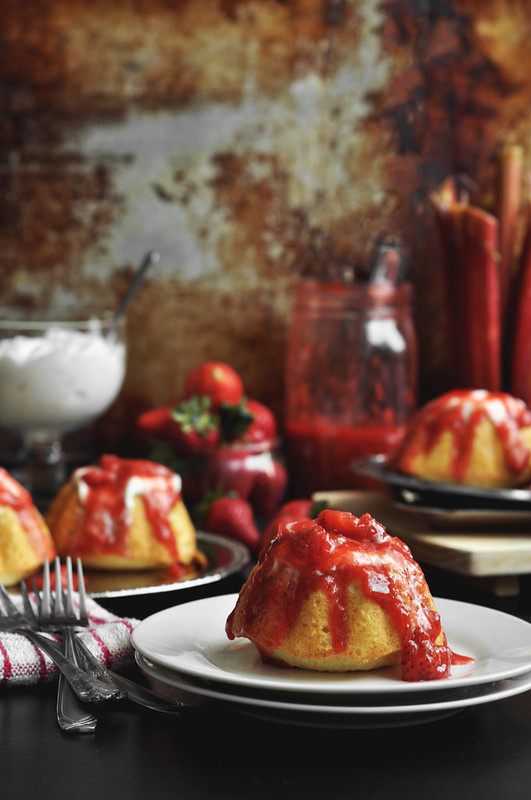 Over the last week or so, I’ve managed to jump onto the strawberry rhubarb bandwagon. Now I can safely say, without hesitation, that I finally understand the fascination for this blissful combination. No, not blissful. Divine. Heavenly. Dream-like. Where-have-you-been-all-my-life? I’ve-been-living-under-a-rock-combination. I’ll have to admit (I’m not proud of it) that I’d never tried it before. Sure, I’d always heard of strawberry rhubarb this and rhubarb strawberry that, but I’d actually never had the two ingredients together. Like ever in my entire existence. I told myself that I wouldn’t give into the fad and temptation. I even convinced myself that I probably wouldn’t even like it. “Jonathan, you won’t like it,” I’d tell myself. It was a short conversation. Shame on me. But if you knew my reasoning behind it you might understand me. Maybe. For some crazy demented reason I always associated rhubarb with celery. Perhaps because they look sort of similar. Rhubarb; celery’s long lost crimson cousin. Crazy I know. They taste nothing like one another believe you me, I learned. Oh I learned my friends. Then something happened. Something unexpected. Something euphoric. It all changed. And for the better mind you. My life was thrown into a whirlpool of delight. Last week I decided to bite the bullet and make a strawberry rhubarb pie. I figured if I was going to try the combination, I might as well go all the way and attempt the mecca of all strawberry rhubarb desserts. The pie. It just so happened that my friend posted a pie recipe the day after my revelation so I tried her Strawberry Rhubarb Crumb Pie recipe. 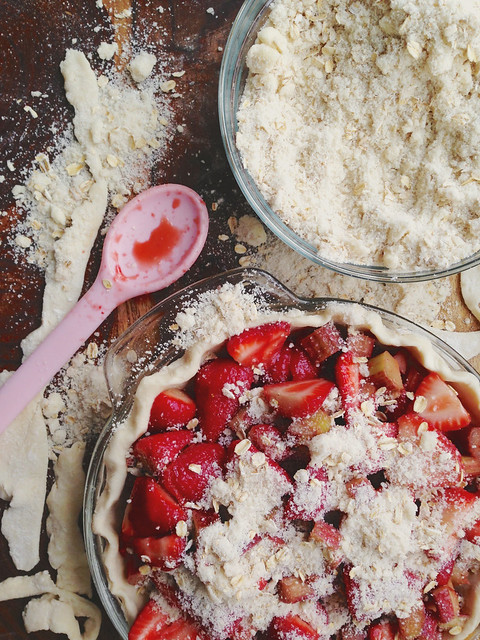 My entire world changed after that. My eyes were opened and my life was transformed. I’ll go on record to say that this was the best pie I ever had. Aside from pumpkin pie because I can’t help it. I mean can you blame me? A giant slice of fresh homemade pumpkin pie in November with a huge ginormous dollop, no mountain, of whipped cream and a sprinkling of cinnamonmonmonmon. But I digress. Back to this ridiculous pie. The flavors were incredible. Rhubarb, to my delight, tasted nothing like celery. Rhubarb tasted like sweet candy. But not overly sweet. Just the right amount of sweet. Eat your heart out celery, you’re not related to rhubarb. You’re an impostor. Your red cousin tastes 100 times better than you’ll ever taste (but not really because I still love you with peanut butter and in soups and stews and egg rolls and what not. You’re king when it comes to savory things).

After savoring that pie and not allowing anyone to touch it, I wanted it all for myself, (yes I’m selfish like that, it’s pie!) I decided to explore my strawberry rhubarb horizons. I was in the mood for a simple dessert but with a punch. A KA-POW kick to a classic recipe. So folks, I present to you Rum Pound Cakes with a Strawberry Rhubarb Compote. And just like that I became addicted. I’m Jonathan Melendez and I’m addicted to Strawberry Rhubarb ______________________. 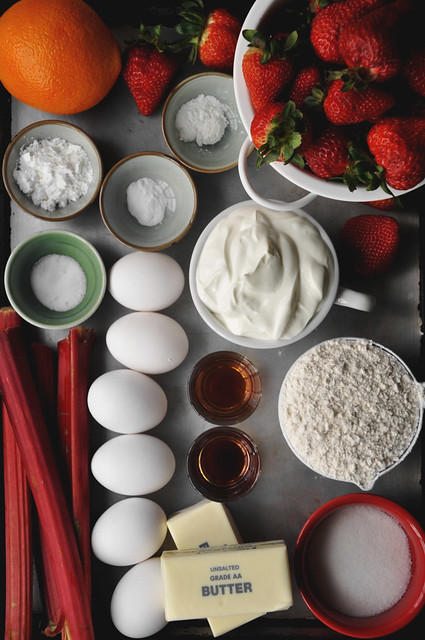