Chicken Pot Pie meets Tater Tot Hotdish, it’s a story we’re all familiar with and if we’re not, it’s about time we get to know this dish and cozy up next to it. Don’t you think? It’s officially chicken pot pie season and even though there are a million incarnations of it out there already….including multiple on this site (Potato Chicken Pot Pie anyone?), the world has just gotten a much needed new take on this classic dish. I recently grabbed myself a copy of Molly Yeh‘s new cookbook Molly on the Range, and let me tell you, it’s filled with great recipes that are easy to make. Some classic dishes with new twists and new dishes we’ve probably never heard of but should most definitely be trying because they’re delicious. This Chicken Pot Tot Hotdish is one of many recipes I was dying to try, including but not limited to, Funfetti Cake, Hummus with Meat All Over It, Happy Pig Pizza Pockets, and Spinach and Feta Rugelach. I figured I’d dive right into that tater tot hotdish first because I basically lived off tater tots as a kid and this brought me all the way back to those days when I crossed my fingers and prayed that tater tots would be on the menu at school every single day. Especially because Molly suggests to eat this Chicken Pot Tot Hotdish with ketchup on the side and nothing screams childhood more than eating tater tots with ketchup, or eating anything with ketchup for that matter.

So whether you’re looking for a quick and easy weeknight dinner that the entire family will love, or you’re just looking for an interesting dish that will be a hit at a party or potluck, this recipe (along with the book) is for you. If you’re like me and have always been wondering how else you can incorporate more tater tots into your daily life, short of just warming up a bag in the oven and eating them all yourself with no regrets, which isn’t a bad idea let me say, at least now we have a valid excuse to stop by the frozen food aisle of the grocery store and grab two bags of frozen tots. One bag for the topping of this dish and one bag for those moments when you need a quick snack. Which for me is always.

END_OF_DOCUMENT_TOKEN_TO_BE_REPLACED 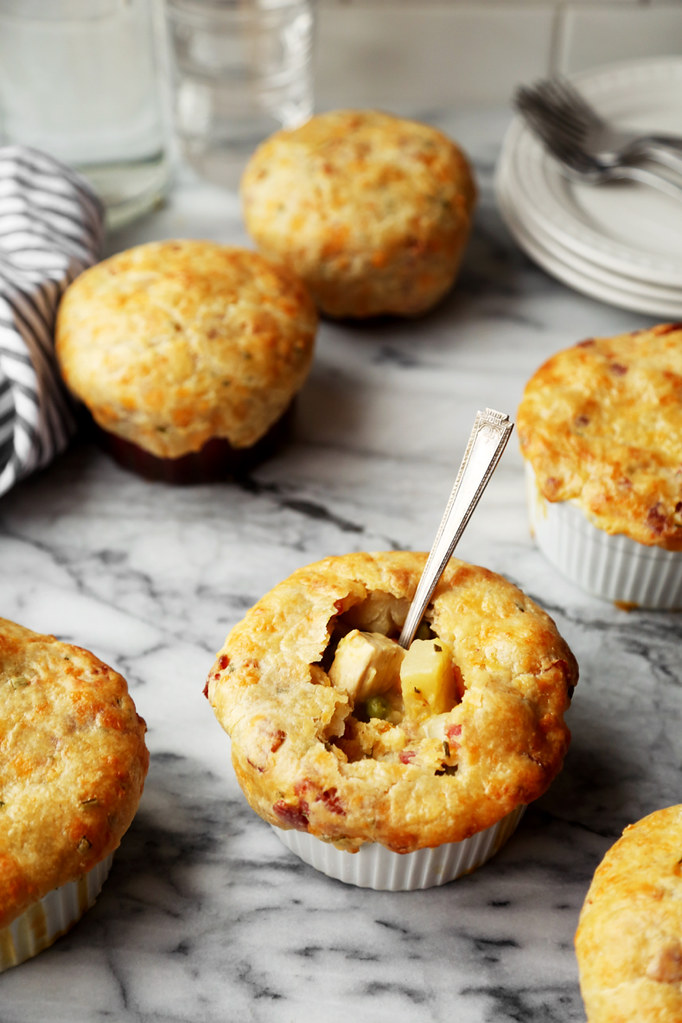 Idaho Potato Chicken Pot Pie is the third installment in my quest for total potato domination. Believe it or not, that’s my number one mission in life. There’s actually a double dose of tater action in this recipe with the crust stealing the entire show, in my humble opinion. What do I know, though? I only run this blog. Don’t take my word for it. Try it for yourself and then decide. I’ll be here waiting to say, “I told you so,” but in a totally nice way I promise. Anyhow, I’m calling it a Baked Potato Crust which I predict will take the world by storm, and it’ll be the only way we eat pie crust from now on (as it should be). Shredded Idaho potatoes, crispy bacon, sharp cheddar cheese, and chives are folded into a bowl of flour, sugar, salt, butter, shortening and ice water, creating a flaky pie dough that I’d be willing to bake off in large batches and eat by itself. Someone might have to come over here and stop me. That’s the only way the madness will end. *Insert evil laugh here.*

When I was coming up with this recipe I developed the crust first—no surprise since it’s the most important part to any pie—and I tried to end the recipe brainstorming right then and there. Somehow the little voice in my head convinced me otherwise, making me aware that not everyone is like me and will want just a pie dough recipe all by itself, with no filling. That’s crazy talk talking. What kind of pie is that Jonathan? So I figured why not make a savory pie with it? And then chicken pot pie popped into my head immediately. The only logical thing to do next was to make sure I added even more potatoes to the recipe, so I decided a boatload of diced potatoes would accidentally find its way into the creamy pot pie filling as well. Oops.

Just in case you haven’t been keeping up (shame on you) there has been two other partnership Idaho Potato recipes this month. The first one was a slider to end all sliders, Baked Idaho Potato Sliders. Last week I debuted the incredible Idaho Potato Carne Asada Fries. Think nachos but on fries. Like whoa. But listen to me going on and on about the past, right now, the only thing that matters is this CHICKEN POT PIE! I’m yelling because I’m excited, and because I accidentally hit the caps lock button. Anyhow, it’s still winter so let’s get our comfort food on y’all. 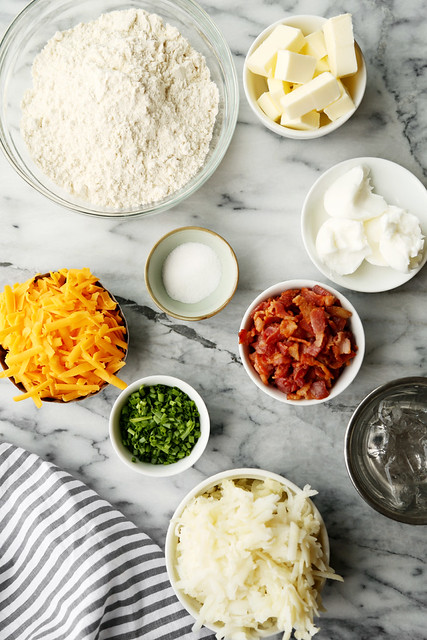