I finally found (and am giving you) the perfect excuse to make and eat doughnuts first thing in the morning for breakfast. There’s always a fight about whether or not doughnuts are a breakfast food, to be eaten early in the day, or if they’re a dessert to be enjoyed after dinner. Personally I don’t pay attention to any of that, and I just go ahead and devour them any time of day. I only have one life to live and I’m living it filled to the brim with fried doughnuts. If you are worried about such things though, or know some people that demand that doughnuts aren’t an adequate breakfast, you can finally rub it in their face that these Breakfast Cereal Doughnuts are the ultimate breakfast food. The cereal on top just proves it. Stop fighting it, and just go with it.

Don’t be afraid to jump into that kitchen of yours this week and make a batch of these doughnuts. You’re going to need them throughout the week to get through all of the work and chores and errands and homework and Netflix binge watching you have on your plate at the moment. Doughnuts just sweeten the deal and make everything better. So I think the way to go about this is to not worry about the how or the why, the only thing you and I should be worrying about right now is the yes, definitely. Grab those cereal boxes off the top of your fridge or out of that pantry and start dunking all your doughnuts into them because cereal is so much better on fried bread with glaze rather than in a bowl with milk. You know what I mean?

END_OF_DOCUMENT_TOKEN_TO_BE_REPLACED 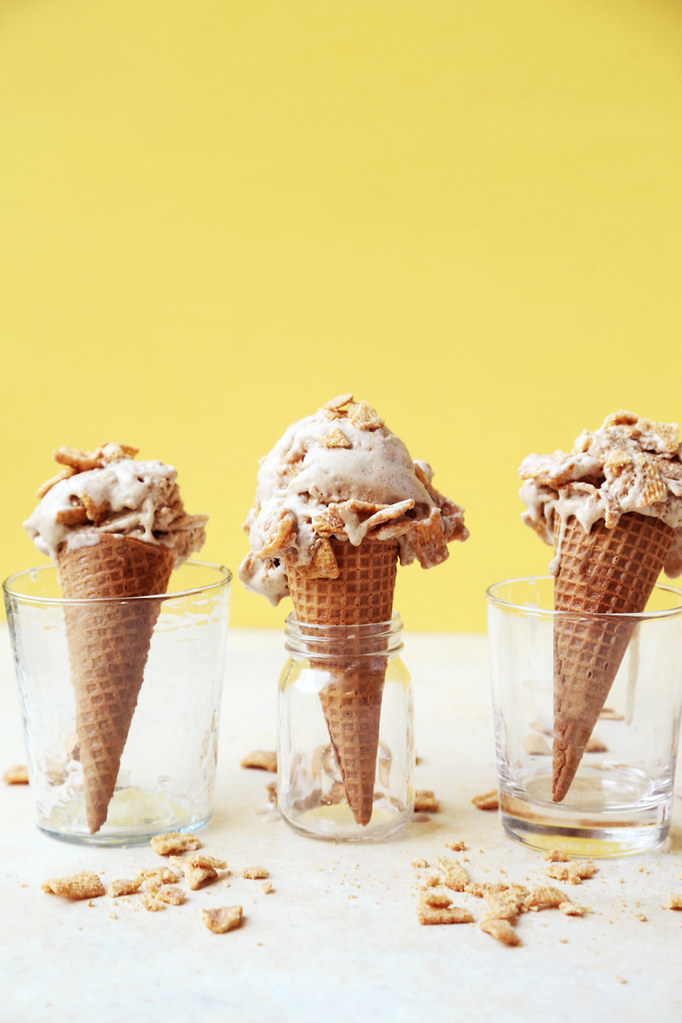 My favorite cereal growing up was always (and will continue to be) cinnamon toast crunch. I’m a big fan of cinnamon, the spice, in general. Cinnamon doughnuts, cinnamon coffee cake, cinnamon french toast, and now cinnamon ice cream. Did I mention cinnamon doughnuts? These are some of my favorite things. Like in The Sound of Music, but so much better because I get to eat all of these things. Give them all to me now. These days, I only eat plain and boring cheerios every morning because it’s “healthier” and “good for you.” Welcome to adulthood, everyone. It isn’t all it’s cracked up to be. Definitely no fun and games like I was promised. Is it too late to return it?

Whenever I go out to get frozen yogurt late at night because that’s when I want it the most, I only eat cinnamon flavored frozen yogurt topped cinnamon toast crunch. On occasion I’ll have pistachio froyo because sometimes I feel like living on the edge (watch out I’m unstoppable), but I’ll still only top it with cinnamon toast crunch because I’m not that wild. Let’s not get crazy. I never would’ve thought to make cinnamon toast crunch ice cream, if it wasn’t for all those late night trips to our local frozen yogurt shop. So in a way, it’s a good thing I listened to those late night cravings because if I hadn’t, then this whole genius situation would never have happened. You wouldn’t be able to enjoy it. Moral of the story is that if it’s late at night, like way too late to eat anything, but you still have a craving that won’t go away, you should definitely listen to those cravings. That’s the way to go. You’re living life right.

This summer I’ve been slacking in the ice cream making department. What is wrong with me?! I’m sorry. This is only the second time I’ve dusted off that trusty ice cream machine, the first being this too-good-to-believe ice cream peanut butter cookie sandwich situation. Although I’ve dropped the ball this time around, I do plan on righting my wrong as soon as possible. I’m no stranger to ice cream though, and just in case you’re on the lookout for even more awesome ice cream goodness, check out this Breakfast Ice Cream and this No-Churn Strawberry Cheesecake Ice Cream. They’re both the bee’s knees. If bees had knees. Late night summer ice cream party anyone? I think it’s a must. 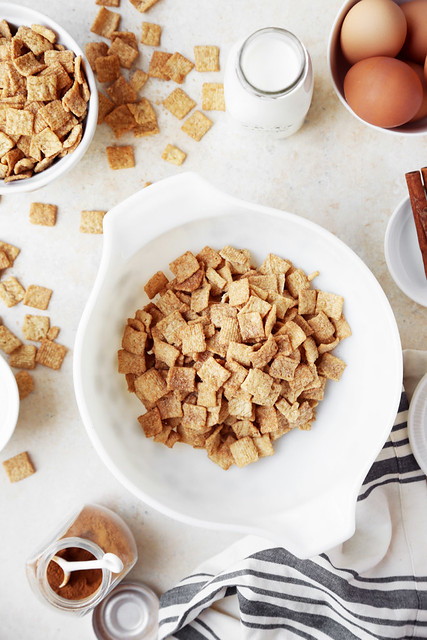